It is a moment of shared pride when a colleague – who has long been recognised amongst us for outstanding dedication, courage, skill, and results – is publicly honoured with one of the highest awards of the United Kingdom.

Lejla Catic is now an Honorary Officer of the Order of the British Empire, recognised for services to improving good governance in Syria and Afghanistan. She officially received the appointment from UK Ambassador Edward Ferguson at a recent ceremony in Sarajevo.

Lejla was honoured for her work as an expert in public finances on an ASI project funded by DFID to help the Afghanistan Ministry of Finance and Afghan provinces to strengthen their budgets. Equally her work on the Tamkeen project in Syria was cited in a letter from the UK Special Representative for Syria, Gareth Bayley: “Thanks to Lejla’s enthusiasm, vision and commitment, this programme is achieving the unthinkable, laying the foundations for good governance which will enable long-term, lasting peace to be sustained in the midst of a brutal and raging conflict.”

Currently Lejla is senior project manager on ASI’s AJACS project, which supports the Free Syrian Police, an unarmed community service that brings safety and security to opposition-held parts of Syria.

But the reasons for the honour go much deeper.

Lejla spent her early years living through the siege in her native Bosnia. That devastation and suffering built her resilience and determination to improve lives for others who have suffered from conflict – in Afghanistan, Syria and even back in Bosnia Herzegovina. She returned to her homeland in 2004, on a British-funded project to establish a Fiscal Council to coordinate national and provincial budgets.

During her work in Afghanistan from 2007, Lejla suffered serious health problems and underwent surgery for cancer. Nonetheless, she persevered with her work to reform the budgeting process in Afghanistan, and after a second battle with cancer in 2012, she returned again. She built the trust and confidence needed to implement the reforms that in turn brought improved education to 10,000 students, support to thousands of farmers, and healthcare across the poorest parts of the country.

She took to the front lines against extremism in Syria, working from 2014 on the UK-funded Tamkeen project that managed to provide essential services in the midst of bombardment and terrorism in opposition-held parts of the country. Lejla worked across 37 Syrian communities to ensure there was education, water, power, and healthcare, and she was a leader in preparing for siege in Aleppo.

The honorary OBE is granted for service by people who are not UK citizens. Lejla is the first Bosnian to become an OBE. In support of her nomination, the UK Representative for Syria called Lejla’s leadership and courage “inspirational” and referred to her “clear, strategic foresight, detailed knowledge, unparalleled dedication and immense compassion for the people of Syria” as well as “remarkable fortitude, and flexibility”, noting that “her humility as much as her wisdom is an example to us all.” 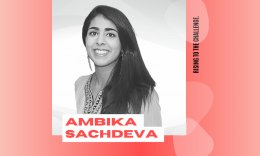 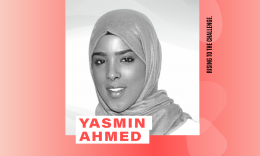 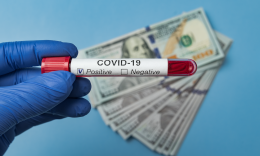