In our “ASI Game Changers Series” we are introducing the inspiring people who make ASI’s work possible, and finding out more about what motivates them to create impact in some of the world’s most challenging contexts. In this edition we are speaking to our colleague Umar Nuhu Mohammed in Nigeria. 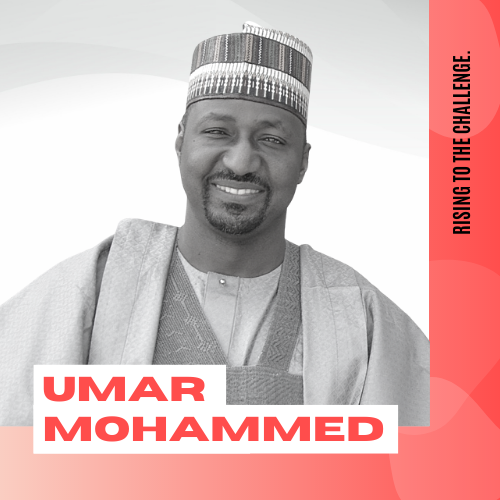 My passion has always been working to bring about reform and change, especially in Nigeria where a lot needs to be done to improve lives, government, processes – everything. The development platform gives you that opportunity to focus on what needs improving, and engage with it to really make a difference. I’ve worked across different businesses in my time, but it wasn’t until I moved into development consultancy that I knew I’d found my calling.

Reform is very difficult, it’s about changing mindsets, and dealing with people who are used to the status quo. In my opinion changing that mindset is the main challenge that development faces. For example, on the GEMS3 (Growth and Employment in the States) programme, we were trying to put forward reforms to the land registration process, to simplify it and make it accessible to everyone. The idea was that if people can get their parcels of land registered it’s a stamp of legitimacy, which can then unlock different economic opportunities for them. Land is a very finite resource and there was an expectation within government that anyone applying for land was getting some kind of privilege, and it couldn’t be a straightforward process. Changing government mindsets about that was quite challenging. But there have also been some amazing successes, and it’s incredibly rewarding when you make that breakthrough – for example, also on GEMS3, we helped to get a law on consumer protection and competition passed in the National Assembly. That law had been in the works for 14 years, so that was a huge achievement!

I see myself as a facilitator – facilitating processes and linking people up to opportunities. The reality is that opportunities abound, but very often people don’t know how to tap into them. So what we do is we facilitate access to those opportunities, and bring hope in the process.

One of the most rewarding experiences in that regard was on the Mafita programme, which was a skills and employment programme for marginalised youth in Northern Nigeria. We were working with people at a grassroots level, and I could see the change we were making in people’s lives. These were youth who had no hope, often people who weren’t able to provide for their kids – for instance young girls who were often married off in their early teens, divorced at a young age and who then had no choice but to go back to their family home, with the additional responsibility of kids. These were people who were seen as the ‘scorn’ of society – and the programme helped them gain skills and employment, and lift their households out of poverty. For me that experience brought out really clearly the reason why we do these things. Bringing hope to those people’s lives, and seeing that transformation happen, was really fulfilling.

One major advantage is that it pulls together ideas from different regions and contexts and helps inform and create better solutions for the problem at hand. On a professional level, I’ve found that people bring in best practice from other places, so you get all the best ideas from different locations embedded into one.

On a personal level, there are also advantages because you can exchange ideas about cultures, and find out about what people think and do in other places. One example is the Nigerian expression “How was your night?”, which is a direct translation from Hausa and is something you say when you first see someone in the morning. We found out that it’s not appropriate in some places to use that greeting when you see a colleague first thing in the office! (Laughs).

I joined the GROW Liberia programme about two months ago, and have already had the chance to go on a field trip to get a sense of the workings of the programme in the hinterland. The trip took us through rough roads to visit a cocoa processing facility working with local cocoa farmers in a rural community. We visited farmers who are trying to eke out a living, and that was a really humbling experience. They were just getting on with their lives, oblivious to the fact that we are trying to change government policy – which will in turn have a direct, positive impact on their livelihoods. Helping to bring about that change is one of the most exciting things I’m working on at the moment.

For me, it’s always about socio-economic development – it’s my passion, and I love reading about it, and discussing it. On Mafita we spent a lot of time discussing current policies, development challenges and how best to address them with colleagues, even outside of work. There were two others who often joined these discussions and the team started calling us ‘The Three Musketeers’! It’s great to be an environment where you can have those kinds of discussions with colleagues.

Where I’m from – a rural community called Zaria, in Kaduna – people have all kinds of health issues and don’t even have the money for transportation to go to a clinic. So in recent years I’ve been setting up a local health camp for a weekend every year. We rent a hall somewhere and demarcate it, arrange for doctors to attend, and procure the most common drugs that people usually require – anti-malaria and hypertension medications, things like that. We then announce it in the community the week before, and people can come for free consultations, to get diagnoses and free medication. It’s upsetting to see the level of poverty and the basic things that people are lacking – for example last year a woman came with nine children who were too ill to walk, one after the other. That weekend we helped about 4,000 people.

The painful thing is by the time it’s ending on a Sunday evening you still see people trooping in. We always try to procure as much as possible based on the budget set aside, but sadly it’s never enough.

What’s a quality a game changer should have and what’s your ambition to be one?

For me, there are two fundamental guiding values to making a difference – one is passion and the other is commitment. Passion is believing in what you’re doing and driving it forward, but then you also have to have the commitment to see it through – it’s a long, narrow road. People always want to join the winning team but the team needs to win first! I believe that if you keep passion and commitment at the heart of what you’re doing then you’ll see the light at the end of the tunnel.

I don’t know if I would call myself a game changer really! But I would like to make a difference to people’s lives, especially on socio-economic issues. I know that passion to make a difference will always be what drives me, and will remain at the centre of everything I do. 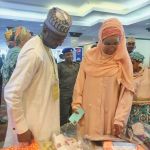 Looking at garments made by a programme beneficiary with the Minister of Social Development at the Mafita programme closeout event. 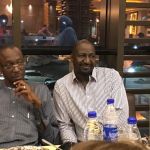 At the Mafita close-out dinner with colleagues in Abuja. 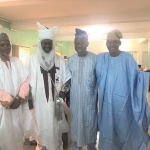 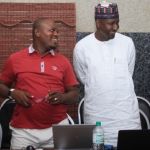 With colleagues during the Mafita programme retreat in 2018. 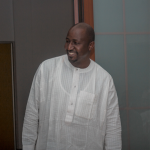 At the Mafita office in Kano. 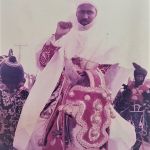 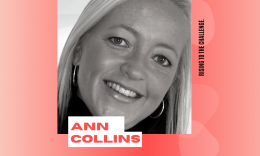 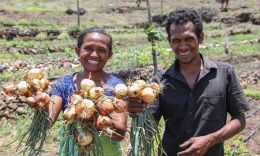 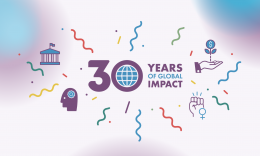 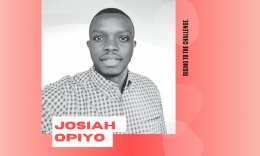 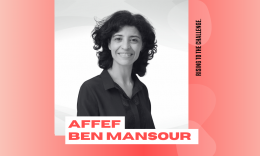 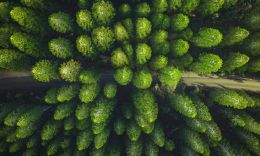